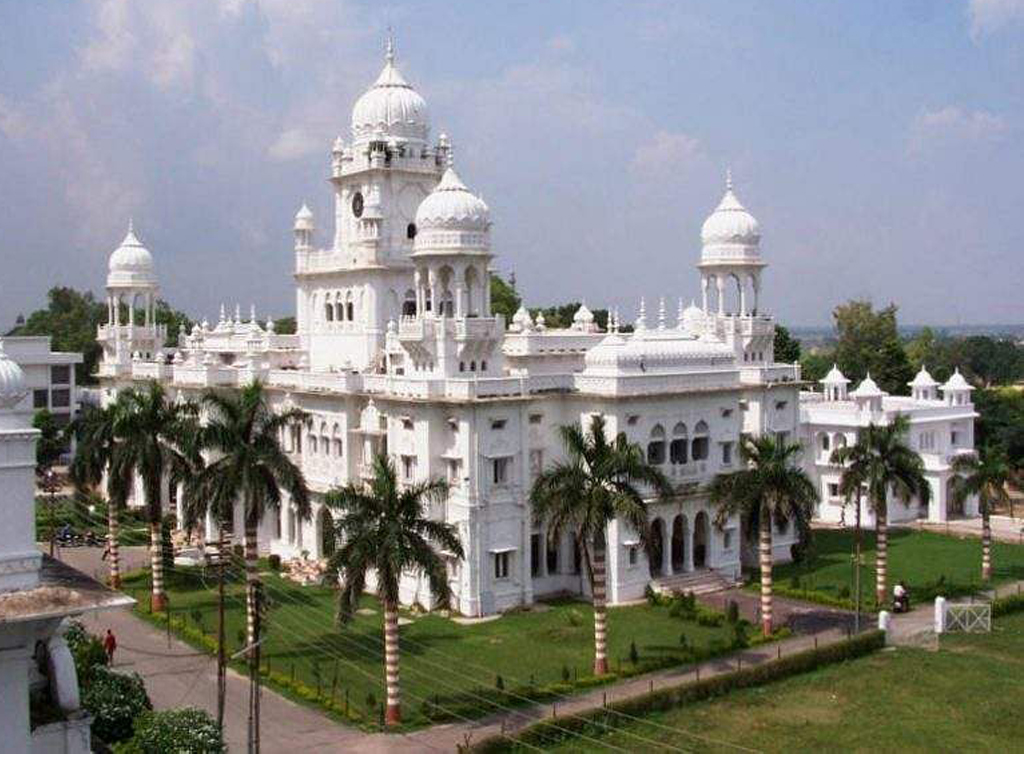 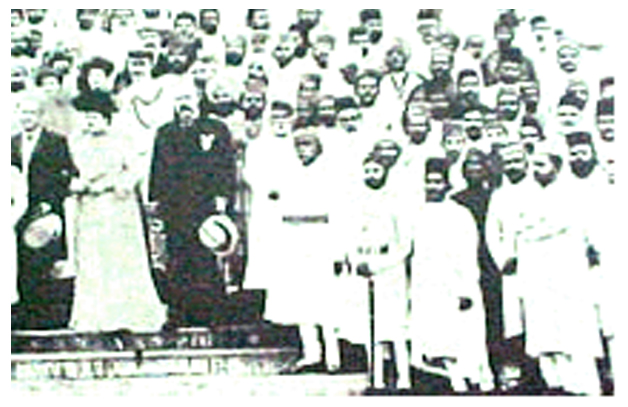 In 1870 the Maharaja of Vijanagaram first floated the idea of starting a Medical College in Lucknow. But the idea was watered down due to paucity of funds. In 1905 the visit of King-Emperor, George V, then Prince of Wales, inspired the idea of establishing a college to commemorate the occasion. The originator of this fine ideal to commemorate the occasion was late Raja Sir Tassadnq Rasul Khan of Jehangirabad to whom Sir Harcourt Butler wrote on 1st December 1905. "It must ever be a source of pride to you to think that the first suggestion of such a movement came from you absolutely spontaneously."

On 22nd March 1906, the Secretary to Govt. U.P. wrote to the Registrar, Allahabad University "It is the desire of subscribers to the Foundation of King George's Medical College that this College should be the best in the East and it will be aim of Government that the College shall give to its students the best education possible." The project was warmly taken up by all and the Taluqdars and Zamindars of Agra and Oudh gave princely donations. Sir Harcourt Butler himself was largely responsible for rapid maturation of the scheme by the energy in collecting subscriptions and by his talents in organisation.

The success of this great project of medical education and relief was already assured when the foundation stone was laid by His Royal Highness the Prince of Wales in 1906, and during his second visit for the Coronation Durbar as King Emperor, His Majesty was pleased to give his consent and to designate the College by his name.The College was completed and the work of the first medical session was started in October 1911, though the ceremonial opening of the college building by His Honour Sir John Prescot Hewett did not occur until January 27, 1912. The College buildings consisted of a fine Administrative Block, an Anatomical block, a combined Pathological and Physiological block and a Medico-Legal Department. As soon as the College was completed the construction of the Hospital itself was commenced. The work for Out-patient Department was finished by. April 1913 and the main-building a few months later.The number of beds provided was 232 and besides the main Hospital block there were an Isolation Block and separated Cottage wards. The formal opening of King George's Hospital with the opening of the New Bridge over the river Gomti River opposite the Hospital was performed in January 1914 by His Excellency the Viceroy Lord Hardinge; the Bridge took the place of an ancient bridge built by King Asaf-ud-Daulah in 1780 and which was only demolished as late as 1911-12.The architect of the buildings was Sir Swinton Jacob and the features were designed in the Indo-Saracenic style to be in keeping with ancient and royal buildings of this capital of Oudh and with the Imambara or Tomb of Nawab Asaf-ud-Daulah, which stands immediately besides the College and which dates from 1784.The total cost of the Hospital and College building was about 30 lakhs of rupees; the Local Government was indebted to the Government of India for a contribution of 10 lakhs towards the cost. The staff of the College and Hospital began with an irreducible minimum of members, and schemes for expansion were being considered from the start, when the Great War supervened. The first batch of students qualified in 1916, and these also and the next few succeeding batches were for the most part absorbed by military requirement, and only after 1920 could the College be said to be gradually returning to its normal and progressive condition.A change took place in the control of the Medical College and Hospital in 1921 when these institutions were transferred to the new Lucknow University and ceased to be directly under the Government of the United Provinces. Hither-to the College had been affiliated to the Allahabad University. For the first time in 1922 the degrees granted to the successful students was the M.B.B.S. Lucknow instead of the M.B.B.S. Allahabad, as hitherto.