IIT Computers has played a significant role in promoting Computer training through various centres in Bihar. We have taken initiatives & established prime methods for school students. Here the students are provided relevant Computer knowledge according to their age & Std. (From K.G. to Std 12th). These efforts have been laid by the institution (IIT Computers) since 1998.

We offer computer courses for various age groups ( seniors, teenagers, and children) which include comprehensive training from basic to advanced computer skills. Our goal is to teach you what you need to know, using patient, experienced and friendly instructors. IIT Computers is an unaided professional institution, the training becomes more effective and useful for the students. Here we teach the concepts and tools which are used in IT Industry, which will help students to get job more easily. IIT Computers who being a guiding force behind the above achievements has been actively involved in higher-end IT training at its own premise. The IIT Computers feels proud on contributing successful Software programmers & Web designers in IT Community. With our Experts and Qualified Faculties, one can learn the Tally and other Accounting Applications with an ease. The Company strives & desires to further fulfill the visions & values of IIT Computers by contributing in recognition of IT sector to highest limit in BIHAR.

The Company while continuing development in educational awareness has desire of reaching every core rural individual with its IT Education. 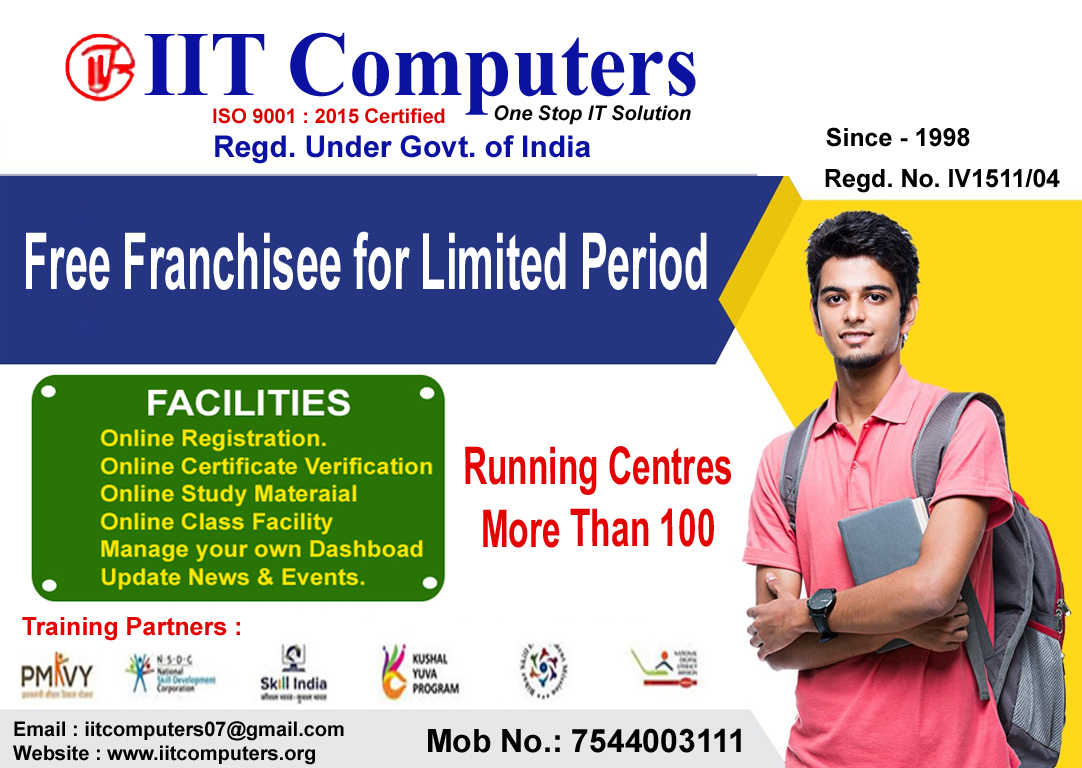 Some other Coaching Institutes